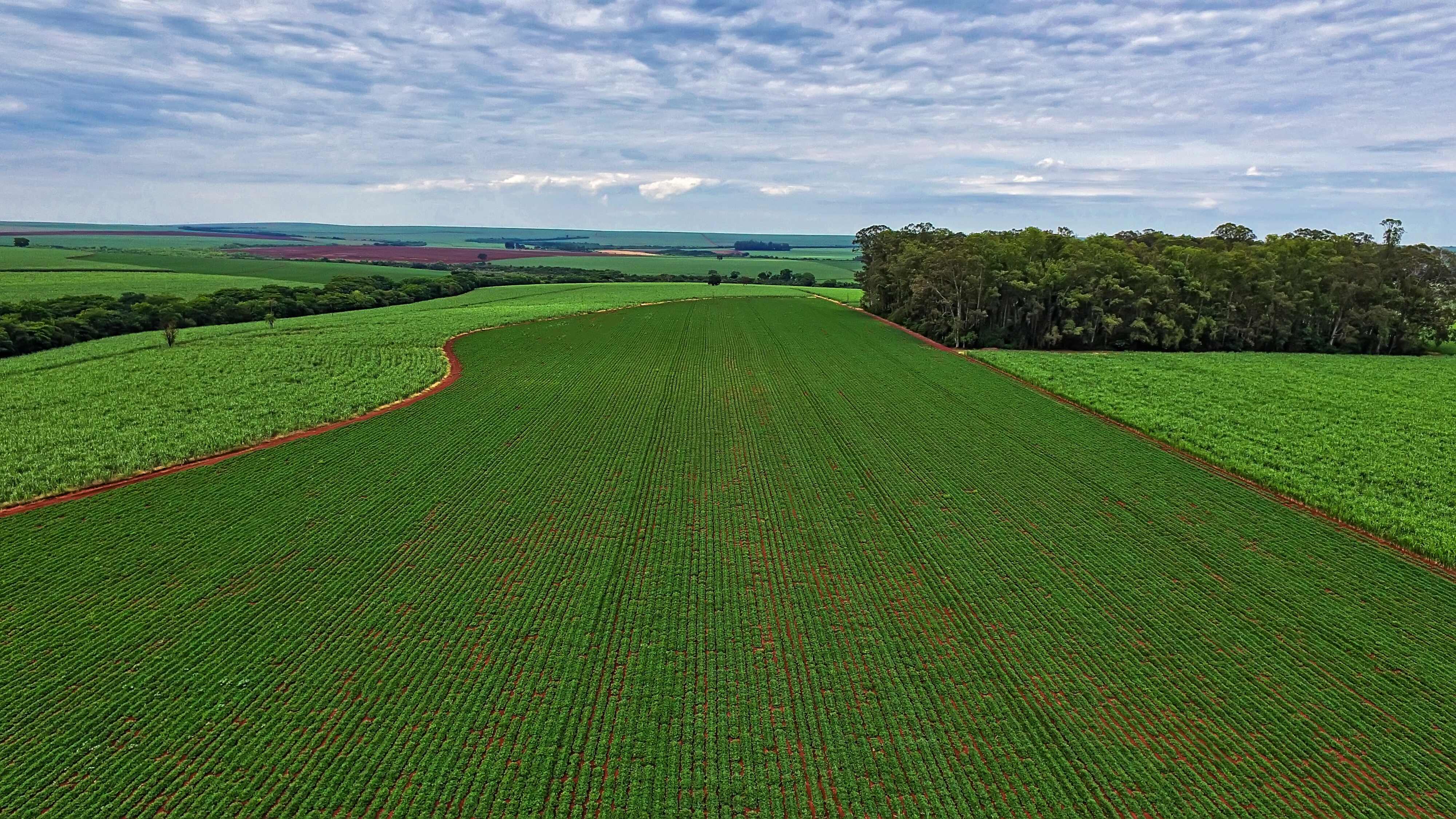 Brazil  is South America's second-larges producer of peanuts.    It is also the largest consumer of peanuts in the American continent, after the United States.    Brazil's climate permits farmers more options as to when to plant and harvest, making it possible to plant a crop before or after peanuts, to get additional production from the land.   In addition, the Nitrogen-fixing qualities of the peanut plant make it an excellent rotation crop for sugar cane, as shown in the above photograph. Sugar cane is a crop of huge importance in Brazil, as cars are designed to run on alcohol-gasoline blends using alcohol derived from sugar cane.

Because of the potential synergy of peanut-sugar cane rotation, Brazil ranks above all other countries on the American continent in terms of its potential contribution to the global peanut supply.   This potential is still far from being achieved, but Brazil has grown its plantings substantially in the past decade, and the trend toward growth is set to continue into the forseeable future.

Sao Paulo is the biggest peanut-growing province of Brazil, with the peanut growing areas centered around Marilia in the West, and Ribeirao Preto in the East, of that state.

Unlike Argentines, Brazilian society loves peanuts and consumes the vast majority of the crop, leaving only a relatively  small  (but growing) quantity for export.